How millennials can fight climate change – Debunking the Myth

Can We Stop Climate Change? 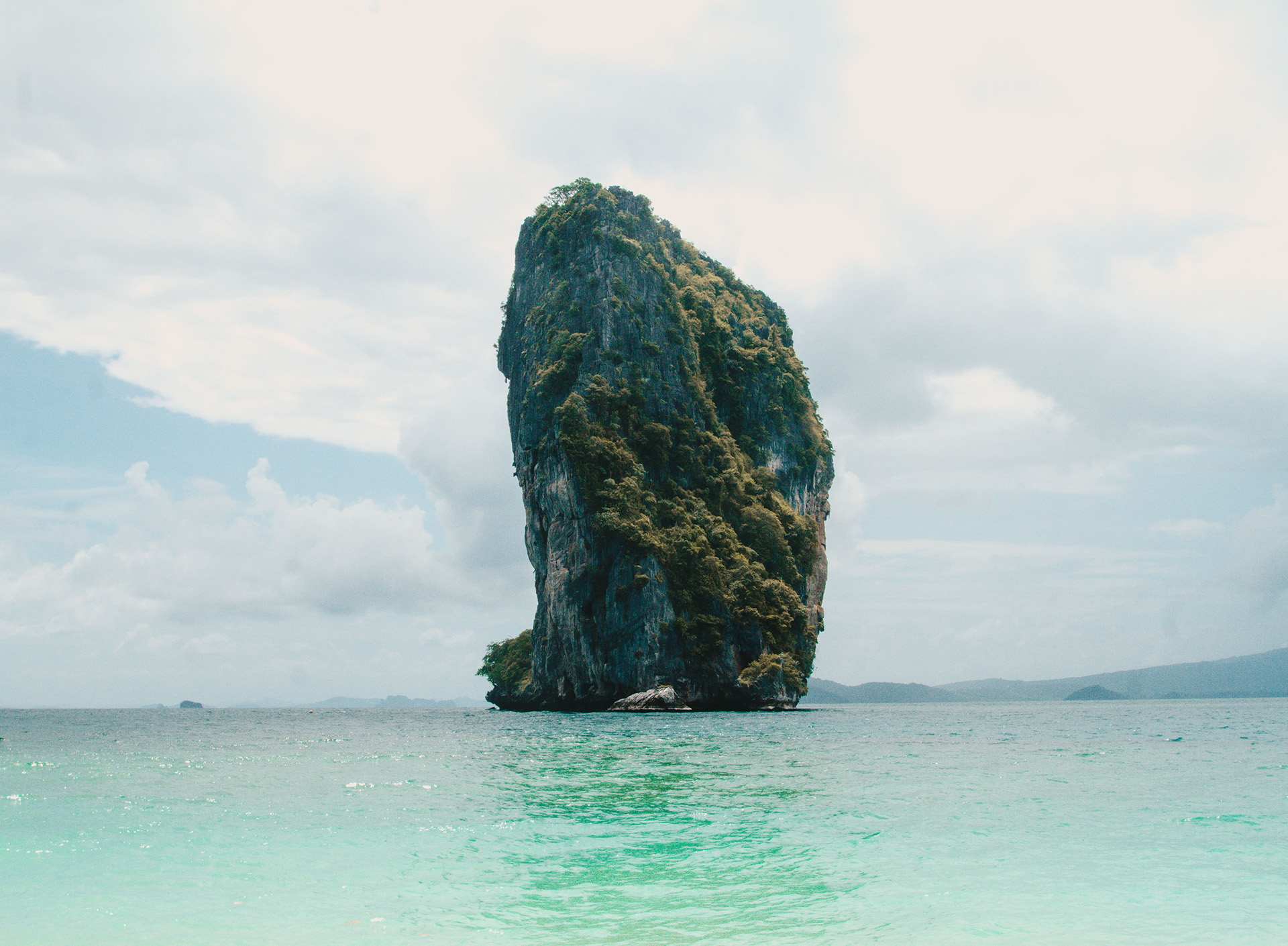 Our world is beautiful. Let’s keep it that way.

Climate change, environmental destruction, whatever you want to call it, feels like an unstoppable monster that we are losing the fight against. And although the science behind it is not that simple, it is also not that difficult. We know what it is and of ways to change it, and we have known this for a long time now.

There are actions that we can take ourselves, changes in our habits that have the potential to make a worthwhile difference to our naughty footprint if enough people embrace them.

However, do not let anyone tell you that the responsibility for solving the climate crisis lies entirely in your own hands. This is a misleading and dangerous myth, especially at a time where the repercussions and knock-on effects of climate change are becoming increasingly more visible around the world. It is a myth propagated and eagerly supported by those who fear they have something to lose from the changes that need to happen.

No one will deny that adapting your personal behaviour can help, but the real responsibility lies on the shoulders of the world’s politicians and industrial leaders. Those that have their powerbase and wealth to thank by maintaining the status quo.

These are the real decision makers and influencers, and ultimately decide which choices we are able to make.

Since pollution and its impact on the climate was widely recognised by the scientific community as undesirable and dangerous, governments and industries around the world have done little more than take increasingly large steps in entirely the wrong direction. Understandably so, if you follow the rules of the market and nothing else.

With global market incentives, measures and developments to tackle climate change have rarely been embraced as a particularly rewarding thing to do. Until now. Today there are countless developments in search of more solutions that you thought were needed. It is now a question of whether the creativity of our global markets can overcome their conservative components, and with an honest vision provided by our global governors succeed in protecting the liveability of our world.

Unfortunately, two things that do not often go well together are vision and economic growth. To some extent they seem mutually exclusive. With vested interests and the majority of global wealth still reliant on profit from traditional sources, there is still a crucial battle to be won.

A below-the-belt fight against false narratives and fake-news that trivialise the severity of climate change, and would have you believe that it is your fault anyway.

Acting solely in the name of profit and economic growth has brought the liveability of the planet in danger and ushered in an era of staggering inequality and insecurity, the solution to which has often been more of the toxic mix that created it as far as the liveable planet is concerned. It is time for a healthier global diet.

And though most people’s world philosophies encompass more than just every person for themselves, market mechanisms on their own leave little sustainable room for anything else. This is where our elected representatives and lobbying for new environmental legislation come in to play.

As a concerned global citizen, one of the most effective actions you can take is to let your voice be heard. Silence and individual disgruntlement will get us nowhere.

As Dr. Martin Luther King eloquently put it in 1968, human progress “never rolls in on the wheels of inevitability. It comes through the tireless efforts and the persistent work of dedicated individuals.”

To this end, we suggest the first action you take is to support society’s changemakers. The voices and activities of human rights defenders and environmentalists who battle for positive change from the ground up can no longer afford to fall on the same deaf ears which have lead to the situation we are in today.

By signing our petition that calls to acknowledge the need for such support you will be making this voice stronger. Please sign this petition now 🙂

Other Things You Can Do

Aside from voting wisely and supporting local and international initiatives, here are five simple steps that you can take to minimise your own impact on the environment:

5 Things You Can Do to Stop Climate Change

This is one of the best decisions you can make. Not only will getting more involved in your community help you to better understand its challenges and why things are done the way they are, but it may also afford you the possibility to improve your surroundings which is surprisingly rewarding.

The most successful campaigns are local and community based. There are many types of people that want to get involved in their community – maybe you just need to be the one to approach them and ask to help out. Organizing a regular beach cleanup is super easy to do and costs no money. Ask your friends if they want to come with you. 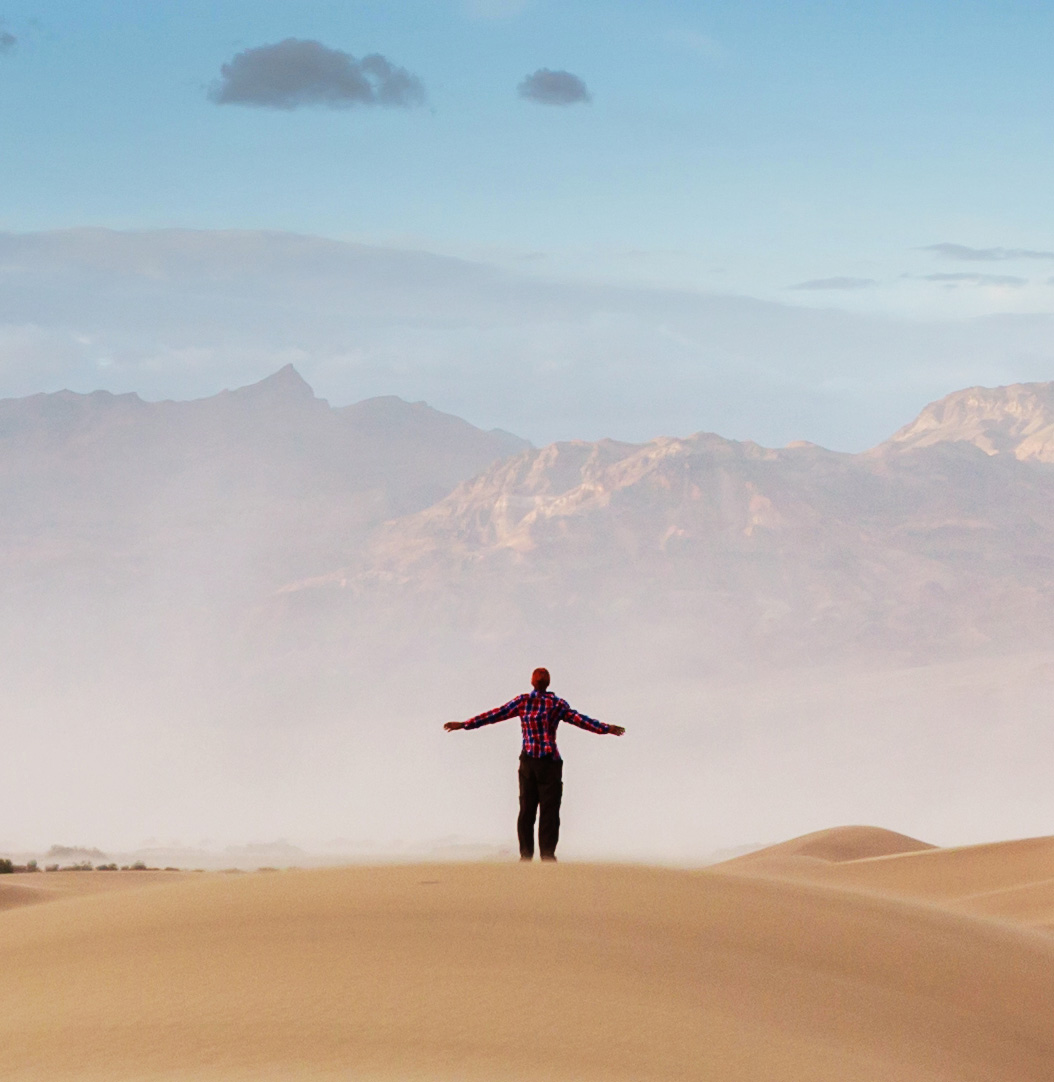 Buying local products may not be as easy as it sounds, but it offers huge advantages such as: reduced transportation costs and impact, reduced packaging waste, and the stimulation of employment in local communities.

Spending a bit more money on organic and fairtrade products, or travelling a bit further to buy your groceries is a great way to exercise your own planetary decision-making power.

If you want to do more, you can contribute to stopping the destruction of the ocean by refusing to consume anything that comes from there. Fish stocks are at an all-time low because of massive overfishing for human consumption. For now, it’s best to stop altogether if we want our oceans to be healthy again.

Every purchase is an investment in the world you want to live in. 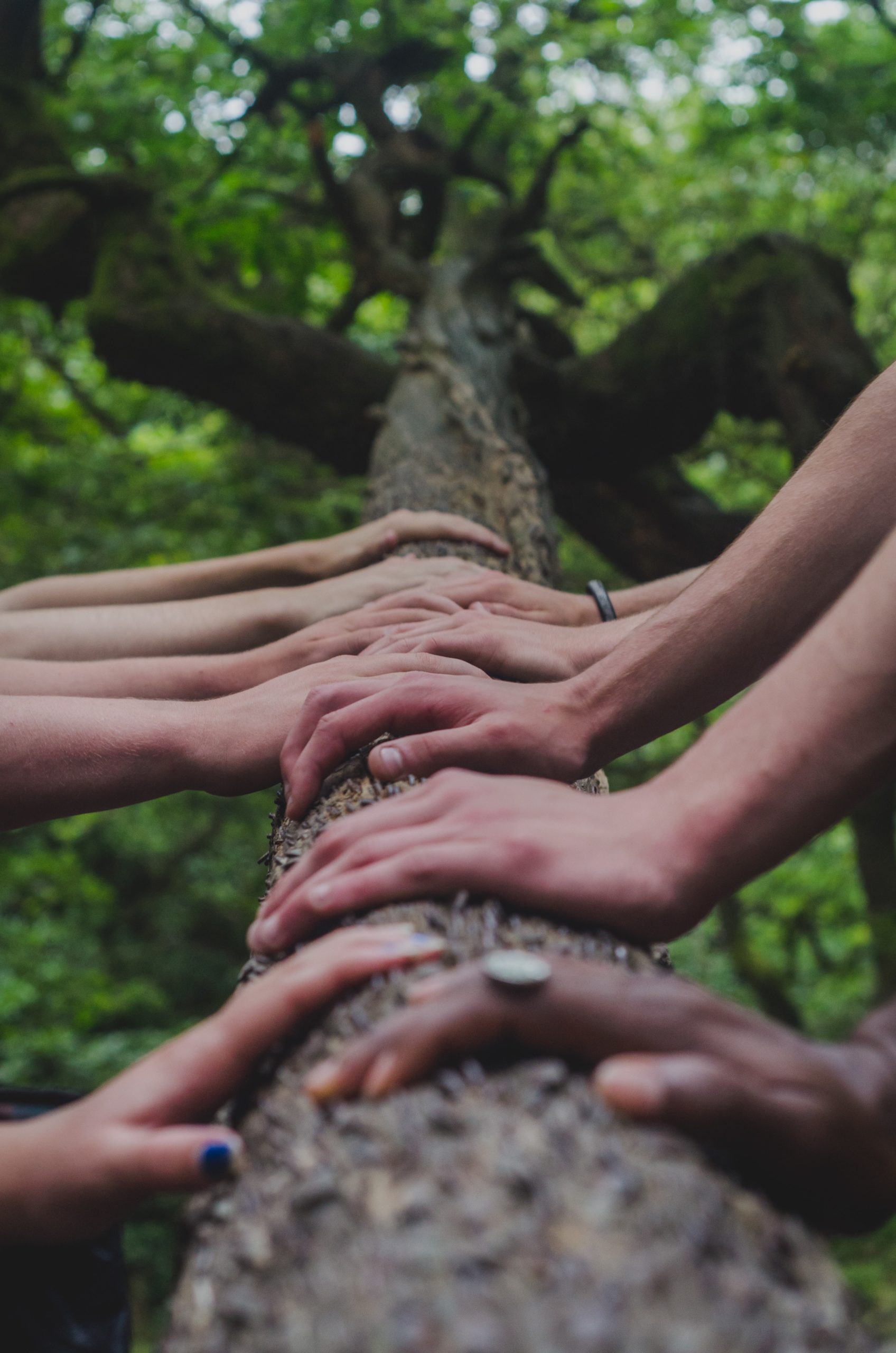 This is a great idea, and you should totally do it! But without trying to burst your bubble of excitement, this is currently an almost meaningless action.

More than 200,000 acres of rainforest are burned every day. There is more than 150 acres of woodland lost every minute of every day, and 78 million acres lost every year! Mostly for meat production.

It turns out that one of the best ways to fight deforestation and climate change is by reducing your meat consumption.

There is a petition asking the European Union for greater support for environmental activists, you can check it out here.

Preserving nature and avoiding the worst impacts of climate change will require an extraordinary commitment to protect and restore natural forests. If you want to do more, sign this petition by WeMove Europe that calls for EU policymakers and EU Member States to protect forests, and not burn them for energy.

This does makes a difference, and as a car lover I have to say it pains me to admit that cars are significant polluters.

In some parts of the world, being without a car may not be an option, but whenever possible, try to get a ride with someone else or use public transportation.

The Netherlands is an good example of how public investment has led the majority of people to use bicycles for trips under seven kilometers. This contributes to a reduction in pollution, noise, and parking spaces. 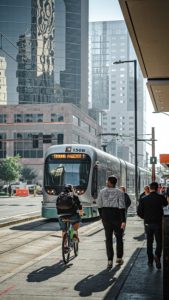 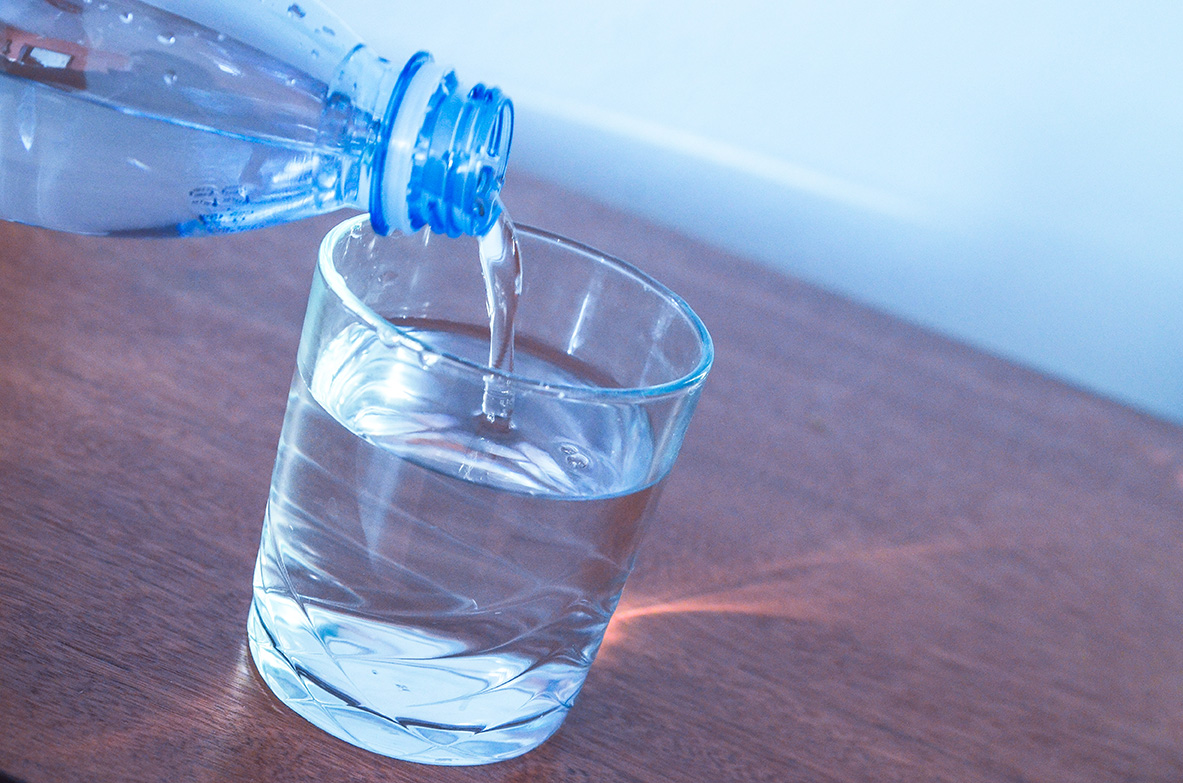 Water is a problem. And it is getting bigger. (UN World Water Development Report)

A vicious cycle of higher temperatures, changes in rainfall and water contamination continue to increase global warming and further threaten our water supply.

Coca-Cola uses over 281 billion liters of water per year to make its drinks. So you might say all of the water that you can save yourself is not really going to make much of a difference. Still, turning off the water while brushing your teeth or showering is an easy way to reduce water usage.

To begin tackling such a mammoth problem requires the cooperation of all sectors of society from politicians to corporations, neither of which will change their ways unless people pressure them to do so. This is where your People Power is important.

Luckily, change is coming as people from all corners of the world unite to stand up for things that matter to them. As we speak there are countless groups and individuals around the world who achieve real change from the ground up. Environmental activists and human rights defenders need your support as they are our most effective route to lobbying for and achieving the big changes that need to happen.

You can support them now at no cost by signing this petition to the European Union.

It is only through a concerted effort by an inclusive civil society that real political, social, and environmental transformation can be achieved. It is time to reserve more of our global capital to encourage and sustain the environmental and human rights-orientated goals of our society.

Please sign the petition now and support Changemakers around the world. Together we can make it happen!