Ukraine’s long struggle to be recognised as an independent state with unique identity is more apparent than ever in its current state of crisis. Although Putin refuses to acknowledge that Ukraine was ever a sovereign nation and continues to refer to the unprovoked invasion of Ukraine as a “special military operation” to safeguard Russian territory, he has inadvertently created a situation in which the world not only sympathizes with the Ukrainian people but also accepts them as one of their own. This crisis better dubbed as “Putin’s War” has, in some twisted sense spurred the universal recognition of Ukraine as a sovereign nation, given it a higher status, and subsequently established a widely popular “Ukraine” brand. We, at Hague Peace Projects want to raise awareness regarding some sensitive language issues that lie at the very core of Ukraine’s battle for sovereignty.

What’s in a name?

Three small but significant letters, “T H E” placed in front of the word Ukraine can be offensive to a Ukrainian national, but why? Referring to the country Ukraine as “The Ukraine” brings up unhappy reminders of its Soviet era past. “The Ukraine” is how Russia referred to that part of their country when Ukraine was part of the Soviet territory and is a stark reminder of its Russification. Now that Ukraine is its own sovereign nation, Ukrainian officials prefer Ukraine to be referred to without “The”. 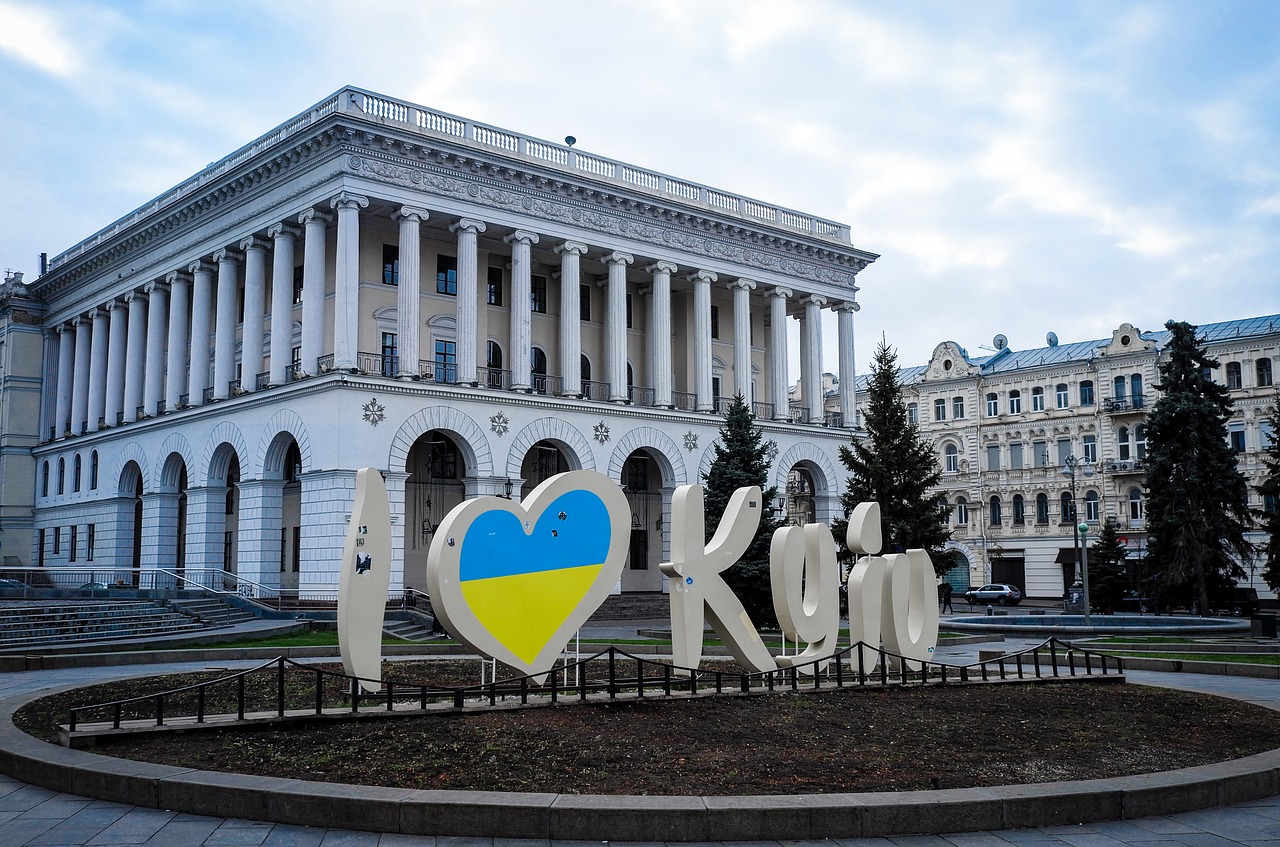 In recent years we have also seen international media outlets alter the spelling of the capital city of Ukraine from Kiev (pronounced as “key-ev”) to Kyiv (pronounced as “kee-eve”). Kiev was the name used by the Russian occupiers and the official change in name to Kyiv by the Ukrainian government in 1995 was yet another way to shed its clouded past. This is not much different from India changing the name of its cities Bombay and Madras from its British colonial era past to Mumbai and Chennai. It is merely a sign of a country taking back its autonomy and the 2018 “KyivnotKiev” campaign by the Ukrainian foreign ministry was instrumental in creating much needed awareness and shedding the unpopular “exonym” version of the capital city’s name.

It’s a question of Language

After the signing of the “Pereislav Treaty” in 1654, Ukraine’s autonomy came under siege, and the most significant way that the Ukrainian identity was crushed was through the systematic suppression of the Ukrainian tongue. The Ukrainian language was gradually phased out of books, religious texts, and literature in an attempt to Russify the non-Russians. Though both the Russian and Ukrainian languages share a common Slavic origin, the shared vocabulary among the languages is only around 62% which is similar to that shared by English and Dutch. Ukraine did attempt de-Russification in 1912 and tried to revive the Ukrainian language, but subsequent Soviet occupation caused a major setback to its efforts. The Soviet government’s pretext of providing accessibility to the outside world culture only through the adoption of the Russian language methodically abolished Ukrainian language from educational books and even prevented students seeking higher education from publication in any language other than Russian. Regretfully, even after the fall of the Soviet Union, the politicization of the language issue by Russian authorities, resulted in a major division among Ukrainian people who had for centuries used both languages interchangeably. In the present day, nearly 30% of the Ukrainian population are native Russian speakers and many Ukrainians understand and speak Russian although the reverse is not necessarily true. The 2019 mandatory “Language Law” passed by the Ukrainian government to revive the use of the Ukrainian language in all official capacities has been mocked and falsely criticised by the Kremlin as an attempt to suppress the Russians living in Ukraine and propagated more division. And although the only true winner of the language wars is Putin, with millions of Ukrainians fleeing the country, the need to speak the Ukrainian language to preserve their Ukrainian identity is a sentiment one can sympathize with.

Taking back its Cultural Identity

The Ukrainian cultural identity long denied and suppressed by Putin is also being reclaimed through music. Gone are the days when Ukrainian musicians sang in Russian and Ukrainian. They now showcase their unique culture through music written only in the Ukrainian language. The Eurovision Song Contest has been a great platform to launch Ukrainian music worldwide since 2003. And although speaking Russian does not mean that one is Russian, the language chasm among the people propagated by past atrocities has caused many Ukrainian musicians to relinquish the Russian language altogether. 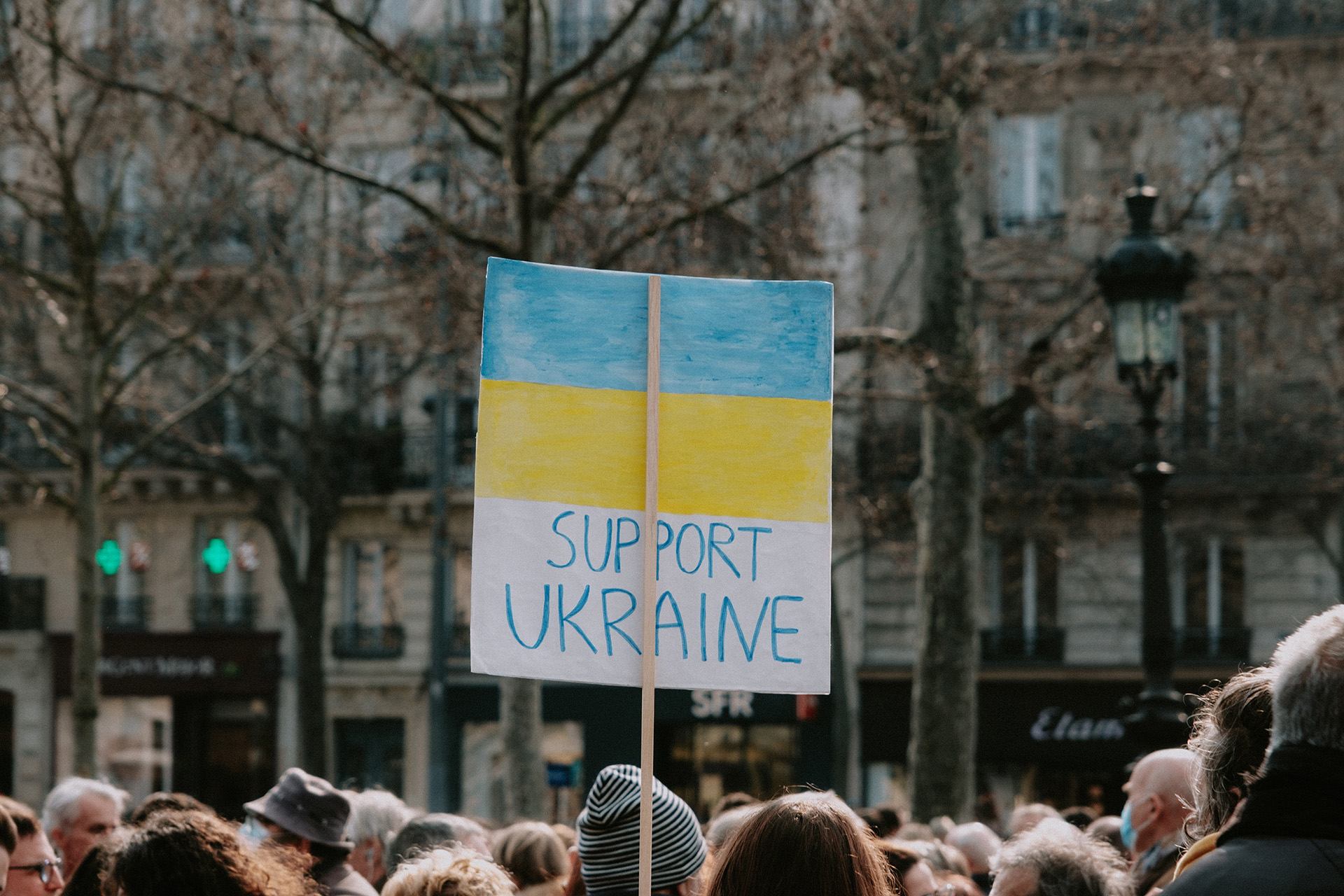 While Europe is seeing the rise of a newer and more Eastern Iron Curtain, and Ukraine battles for national sovereignty, the one thing we can be certain of is that, with solidarity from its allies, a deeper understanding of its unique cultural identity, and compassion for the Ukrainian spirit, the people of Ukraine will surely prevail!