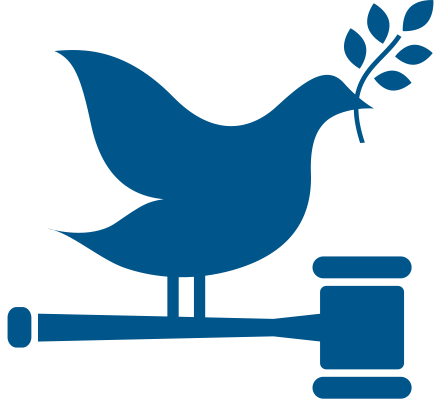 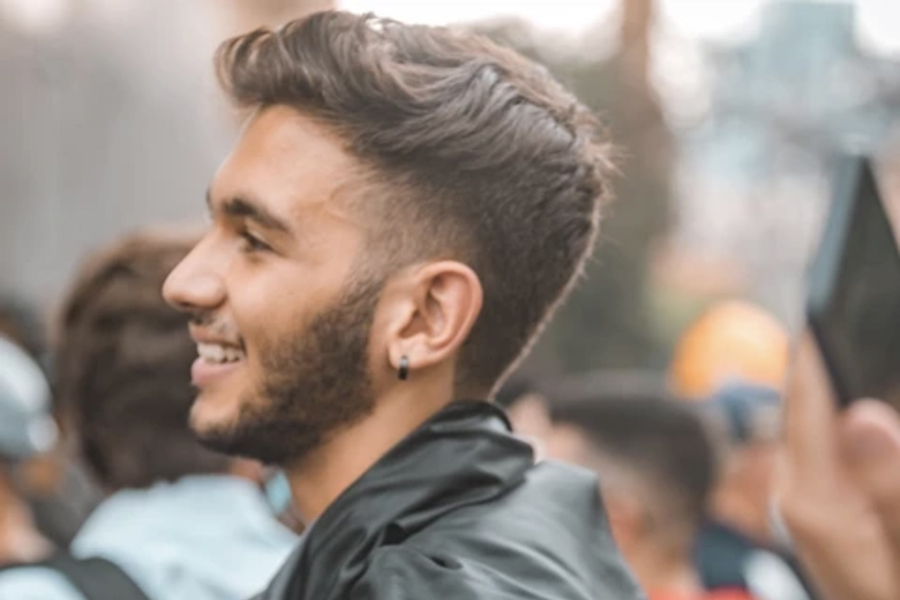 Meet Carlos. Just 19 years old, Carlos has already done so much to rebuild Beirut after the August 4th explosion. 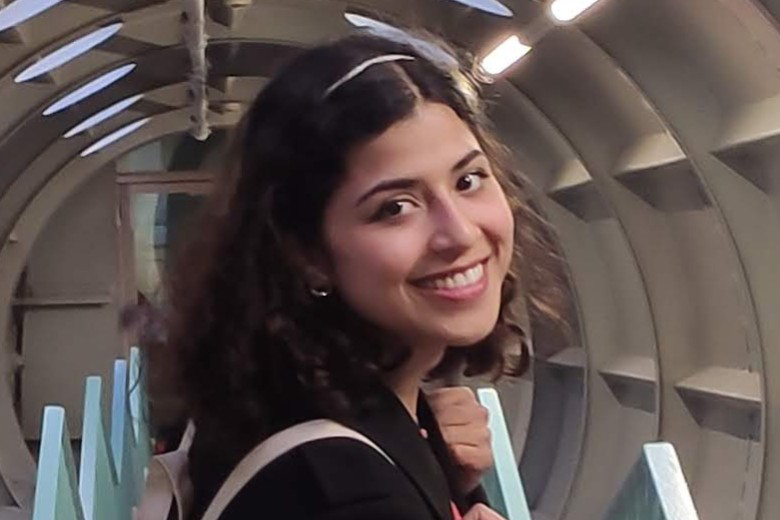 Exiled from her home country, Nathalia has delivered thousands of Humanitarian Aid Kits to vulnerable groups in Nicaragua. 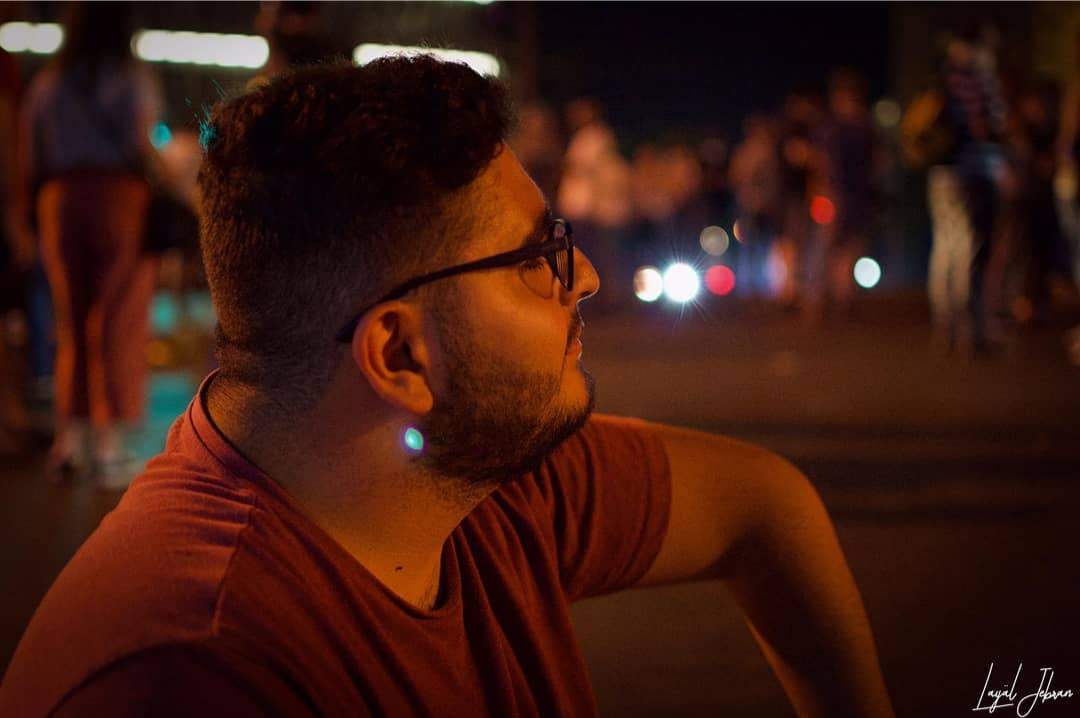 “I deeply admire the courage and sacrifice of human rights defenders. These individuals and organizations are our eyes and ears and conscience.”

“Human rights defenders are people who champion and fight for the human rights of other people. They challenge brutality, oppression and injustice in every part of the world, often risking their lives to expose abuses and hold powerful people to account, while supporting the survivors of human rights abuses.

They are invaluable in creating a world where all our human rights are respected – their efforts benefit all of us.”

Without support from our sponsors, change would not be possible. We would like to thank the following organisations in particular, who through their generous support of this project and investment in human rights defenders around the world, are crucial changemakers of society themselves.

The Catalysts of Change 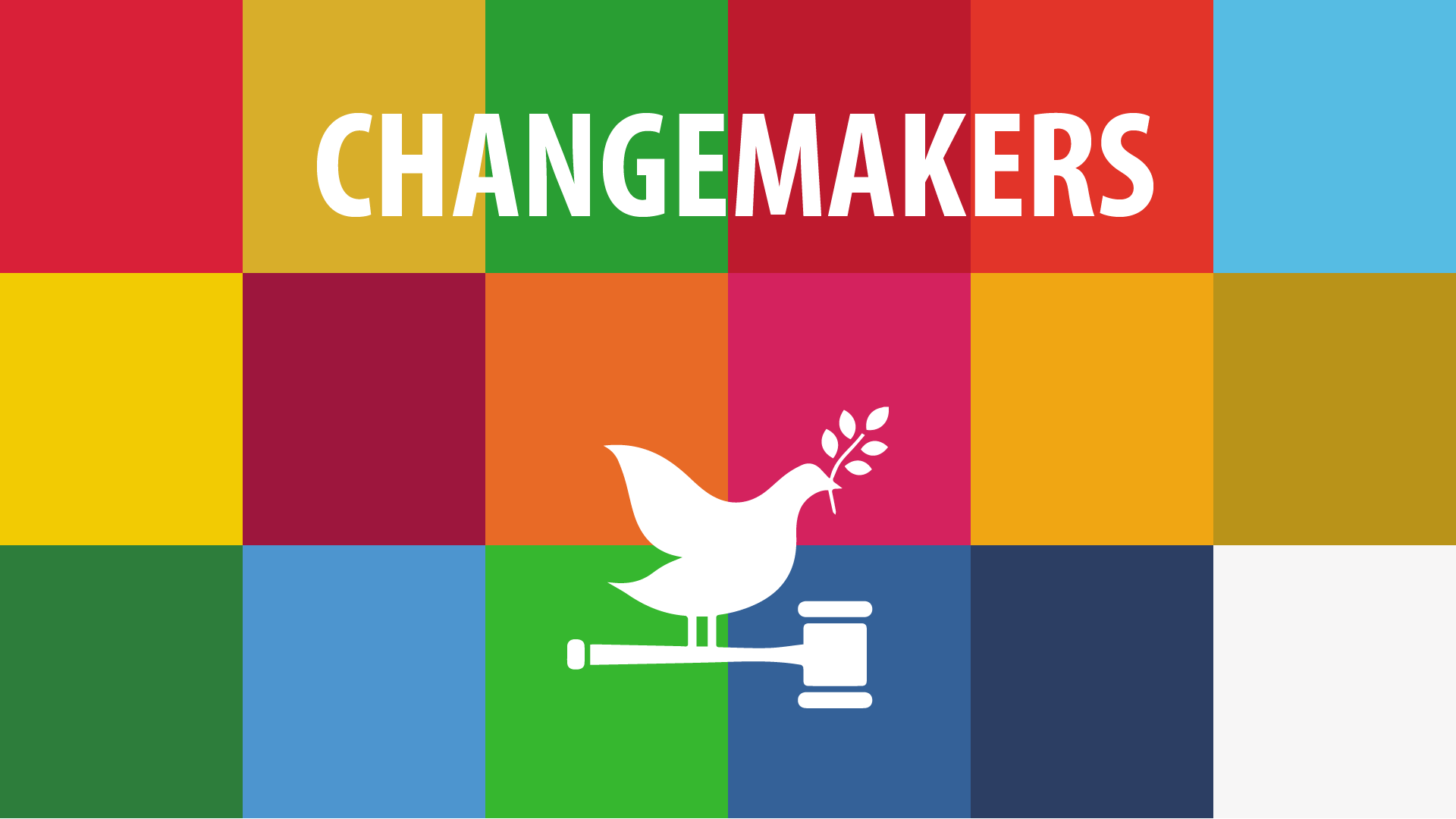 Fighting for your rights

HRDs are the catalysts of social change. Without these voices there is little or no agency to address human rights violations in the world

The 1998 UN Declaration for the protection of human rights defenders and civil society has seen a flagrant disrespect by many countries over the past two decades, and a resulting increase in the dangers and difficulties faced by society’s Changemakers.

These Changemakers come in every shape and form. Some are able to contribute outside of work hours, but there are practically no resources to support full-time defenders and activists.

Not withstanding the many obstacles they face, it is often simply the lack of capital to cover their basic needs that results in the end of their change-making careers.

The absence of reward mechanisms that allow for basic living requirements to be met through human rights activities has a cumulative effect on the effectiveness and longevity of crucial human rights work around the world: 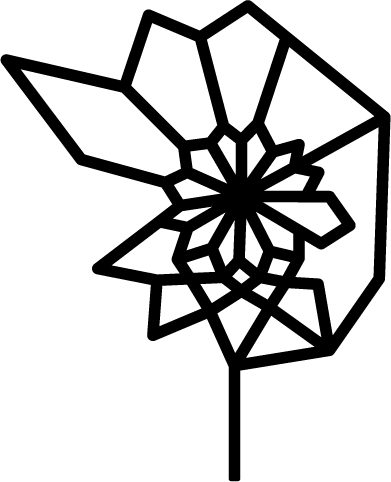 The lack of critical funding for Human Rights Defenders – Most human rights defenders work long hours without pay, protection, or endorsement of any kind.

In recent years, Human Rights Defenders (HRDs) have faced increasing difficulties with the rise of authoritarian and semi-authoritarian regimes, the resurgence of populist nationalists in western democracies, and the persistence of polarizing conflicts.

“The Special Rapporteur (OHCHR) has expressed concern for the situation of human rights defenders in all countries, including both emerging democracies and countries with long-established democratic institutions, practices, and traditions.

Many human rights defenders, in every region of the world, have been and continue to be subject to violations of their human rights. They have been the target of executions, torture, beatings, arbitrary arrests and detention, death threats, harassment and defamation, as well as suffering restrictions on their freedoms of movement, expression, association, and assembly. Human rights defenders are often the victims of false accusations and unfair trials and convictions, and are targeted with acts of intimidation and reprisals for their cooperation with the United Nations on human rights issues.” (OHCHR).

HRDs all over the world are at risk of many forms of attack from many different groups. A non-exhaustive list compiled by Amnesty illustrates the depth of the current global assault against human rights defenders:

The high risks that HRDs contend with is evident, as is their role in championing social change. The ability to function for many is unsustainable without basic support from those who can give it. 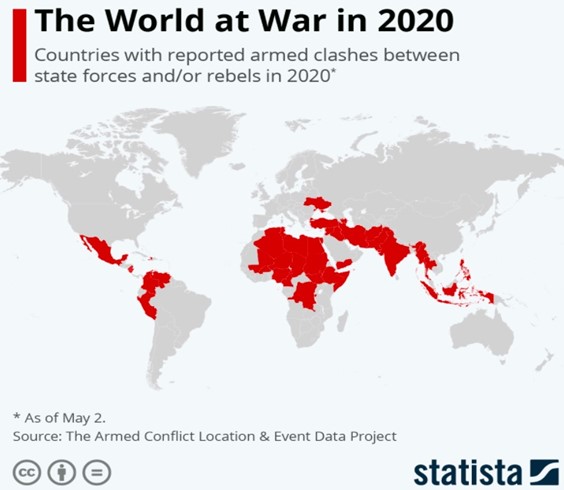 The Cost of Conflict

In a world where the cost of conflict is over $14 trillion a year, and millions of people have been forcibly displaced as a result, peace efforts remains critically underfunded.

1. “Prevent and end conflicts” includes a call for improved leadership and the need to act early

2. “Respect rules of war” includes protecting civilians and their homes and ensuring the delivery of humanitarian and medical assistance

3. “Leave no one behind” means addressing the issue of displacement and ensuring no one misses out on education during crises

4. “Work differently to end need” includes respecting and strengthening local leadership and capacity, rather than replacing them

5. “Invest in humanity” aims to improve investment in local capacities and stability, and calls for the diversification of resources and increased efficiency. 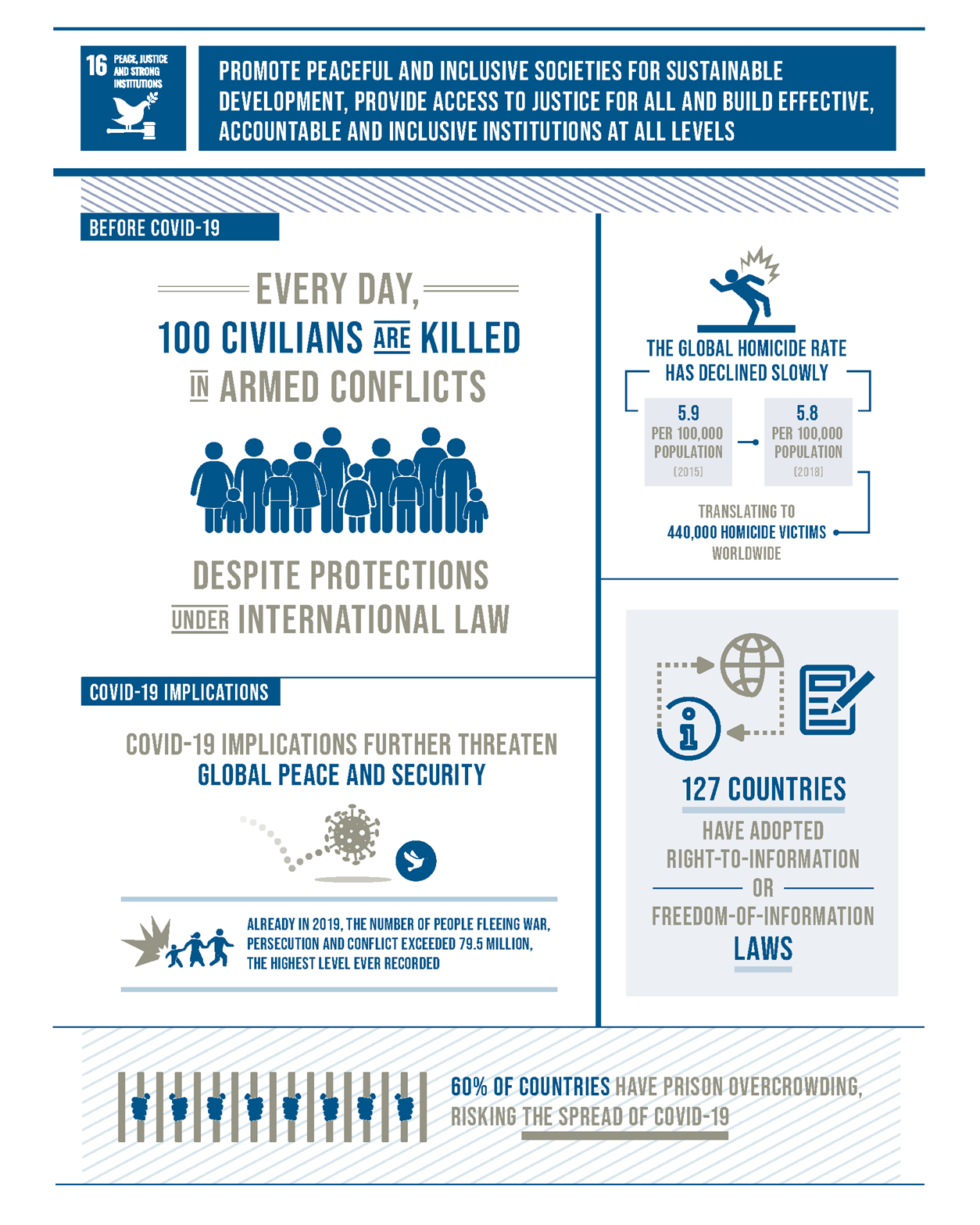 How do we make this happen? We can help to directly address humanitarian suffering by providing society’s Changemakers with help where it is most needed.

The provision of a Universal Basic Income (UBI) will give Changemakers access to basic needs such as food, shelter, communication, and health insurance while they engage in their human rights activities.

This will significantly increase the capacity of Changemakers to sustain their grass-roots peace work, while providing them with a means to help strengthen their commmunties and local economies, and removing some of the factors that can lead to their forced migration.

A UBI for Changemakers is an effective investment in sustainable peace and a minimal restitution for their invaluable work.

How does a UBI work?

The provision of a Changemakers’ UBI is the first step in facilitating grass-root activism around the world, and a sustainable effort to curb the effects of conflict, injustice, and oppression towards Human Rights Defenders. This program will also afford us a better understanding of how resources can most effectively be used to tackle the Sustainable Development Goal #16 from the ground up.

At the conclusion of this program, 500 Changemakers and their communities will have benefited from a UBI, enabling them to continue their critical work and kickstart a more secure and safer life.

In collaboration with Changemakers on the ground, and following research on “Universal Basic Income” and “cash-transfer” projects, we have set up a 3-step approach:

Changemakers are required to remain active in their peace building role in order to receive support. The support can be withdrawn by The Hague Peace Projects at any time in the event of a breach of collaboration terms.

1. This program enables HRDs to engage full-time in their human rights activities, significantly increasing the amount of global peace work that is achieved.

2. Providing financial independence and security for HRDs helps to integrate them as vital members of society.

3. Increasing the capacity for local impact greatly reduces the need for complex logistical structures and projects.

A Universal Basic Income for 500 Changemakers

The Changemakers is a 7-year program that aims to provide a basic income to 500 Human Rights Defenders and Activists in Latin America, Middle East, Africa, and Europe.

During this period, The Hague Peace Projects will provide resources and a transparent structure to vet the candidates, and work hand-in-hand with the beneficiaries and their communities on the ground to improve the program over time.

With every 1.200 EUR, we make this reality possible for another Changemaker

By donating to the Changemakers Program you can make an immediate difference to human rights struggles across the world!

Do you want to recommend someone for this program? Is this for you? Please feel free to get in touch and send us your stories! 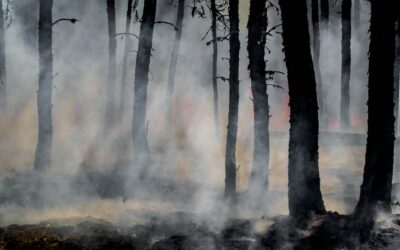